Bankruptcy Has Appeal for Crypto Companies Caught in Contagion

Bankruptcy, Reorganization & Capital Recovery Partners, Brian Davidoff and Jonathan Shenson, discussed the ongoing "crypto contagion" and what this means for bankruptcy and insolvency proceedings. Shenson compared the situation to the airline sector in that many had filed for bankruptcy and that failing to file became a disadvantage. Davidoff shared that it would be best for companies to take advantage of the bankruptcy court before the regulatory landscape changes.

There were roughly 10,000 different cryptocurrencies in existence as of March 2021, Davidoff explained. About one-third of those currencies no longer exist, and very few have ended up in bankruptcy already, he said.

Jonathan Shenson of Greenberg Glusker drew another parallel. He likened the situation in the cryptocurrency industry to that of the airline sector, where so many airlines had filed for bankruptcy that not filing became a competitive disadvantage. 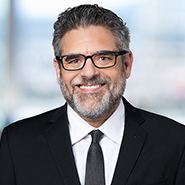