LOS ANGELES - In one of the largest judgments in Los Angeles Superior Court this year, Cryptocurrency Investor Michael Terpin won $75.8 million in a cryptocurrency case he filed in January 2018. Terpin had close to $24 million of coins stolen through a crypto-hack facilitated by AT&T, which provided his mobile phone SIM card to a member of a sophisticated cyber ring of young Internet thieves. The default judgment includes trebling under RICO and prejudgment interest.

"We are pleased that the Court recognizes that cyber-crime is still crime, setting a precedent with its record racketeering judgment against Truglia under the RICO Act as participating in an ongoing criminal enterprise dedicated to stealing millions upon millions of dollars from innocent victims," said Terpin. "Truglia did not act alone, and we are preparing actions against other gang members we have identified with the help of law enforcement and our own investigations. We, of course, are still actively pursuing our federal court case against AT&T, whose gross negligence we contend allowed these crimes to occur."

Lead attorney Pierce O’Donnell stated, "We are pioneering in championing the rights of victims of cyber crypto crime in recovering their stolen from funds and punishing the crooks. They can hack but we will fight back. We have a courageous client in Michael Terpin who has been clear from the beginning that he intends to pursue his rights to the end. This is a significant step, but we have every expectation that this Judgment against Nick Truglia is only the beginning, not the end, of our efforts to secure legal relief for Michael. We still have a case pending in federal court against AT&T for its responsibility in this matter and we are continuing to look at numerous other perpetrators responsible for this theft.”

Paul Blechner, also of Greenberg Glusker, added, “It has always been clear to us that the existing laws provide substantial protections to those subject to SIM-jacking and other hacks, and we are pleased to see the Court adopt our legal arguments on these issues. The continued development of the law in these areas can only serve to make it safer for everyone with cryptocurrency accounts and to support further adoption in this space.” 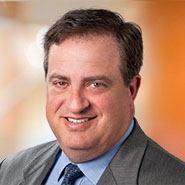 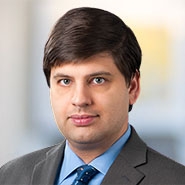