This past summer, we have seen the risks of climate change manifest worldwide in the form of rising sea levels, severe droughts, massive wildfires, devastating floods, extreme heat, and other ecological disasters.  Fifteen years ago, under the California Global Warming Solutions Act of 2006 (AB 32), California began efforts to sharply reduce emissions of greenhouse gases (GHGs).  In June, the California Air Resources Board (“CARB”) kicked off the first of several public workshops to initiate development of the 2022 Scoping Plan.

As the lead agency under AB 32, CARB is responsible for updating the state’s official Scoping Plan every five years, which identifies technologically feasible and economically viable methods for achieving GHG reductions.  CARB works with other state agencies, the legislature, community members, industry representatives, and the public to design and implement policies, rules, regulations, incentives, and initiatives to achieve the law’s targets.

California’s first Scoping Plan was approved in 2008 with subsequent updates in 2013 and 2017.  The state met its initial target of reducing GHG emissions to 1990 levels four years early, and it is currently on track to achieve a 40% reduction from 1990 levels by 2030.  Pursuant to Executive Order (EO) B-55-18 issued by then-Gov. Jerry Brown in 2018, the next Scoping Plan must reflect California’s goal of achieving carbon neutrality by 2045.

CARB opened its workshop series with an overview of the Scoping Plan process, featuring presentations by state officials and stakeholders as well as opportunities for public comment.  Focus area discussions covered:  Natural and Working Lands; Equity and Environmental Justice; the Transportation Sector; and the Electricity Sector.  Greenberg Glusker attended several of the sessions (held via Zoom).  Highlights and key takeaways are summarized below.

CARB appears to be making a concerted effort to incorporate environmental justice concerns into its planning process.  AB 32 required CARB to establish an Environmental Justice Advisory Committee (EJAC), which is comprised of private, public, and governmental entities from communities with the most significant exposure to environmental inequities.  CARB dedicated a standalone session on Day 2 of the workshop to discuss how environmental justice and equity concerns can inform the next Scoping Plan.  Recommendations included:

Workshop notices, presentations, comments, and recordings are available online.  The Draft Scoping Plan is expected to be released in Spring 2022 and the Final Scoping Plan in Fall 2022.

Those interested in how the state plans to meet its 2045 carbon neutrality goals should continue monitoring this space for a preview of things of come.  With lofty goals and long horizons, many of the policies, programs, regulations, and incentives developed as part of the 2022 Scoping Plan are likely to have widespread impacts on California companies, consumers, and citizens over the next 25 years. 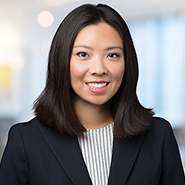