Property Rights: Carved in Stone or Written in Sand?

In Stop the Beach Renourishment, Inc. v. Florida Dept of Environmental Protection, No. 08-1151 (June 17, 2010), the Supreme Court decided that Florida can interfere with an owner’s waterfront property rights without paying them compensation. Under Florida law, land seaward of the mean high-water line is owned by the state. That means that owners of beachfront property do not actually own all of the land in front of their property, they only own the land that is not sometimes under the water. This still gave beachfront property owners effectively exclusive access to the water because all of the state-owned land was under water at high tide and only a strip of it was above water at low tide.

In 2003, two Florida cities wanted to deposit sand along the beaches to extend the beaches seaward. This new land would belong to the state, and the people who had previously owned private beachfront property would no longer have ocean-front property but would instead have their property separated from the ocean by a public beach. Owners of beachfront properties challenged the cities’ actions in state court, arguing that it was an unconstitutional “taking” of their property because it took away their right to have waterfront property. The U.S. Supreme Court upheld the Florida Supreme Court’s rejection of this argument.

The court determined that it was not a taking because Florida law did not sufficiently recognize the claimed rights to waterfront property. The U.S. Supreme Court stated that “what counts is not whether there is precedent for the allegedly confiscatory decision, but whether the property right allegedly taken was established.” “The Takings Clause only protects property rights as they are established under state law, not as they might have been established or ought to have been established.” In other words, if the state law does not sufficiently recognize a property right, then the property owner is out of luck.

In Lucas v. South Carolina Coastal Council, 505 U. S. 1003, 1028–1029 (1992), the U. S. Supreme Court focused on “background principles of state property law” as a critical basis for determining whether governmental action constitutes an unconstitutional taking of private property. In Stop the Beach, the court took it a step further by finding that, if the property right is not sufficiently “established” under state law, there is no Constitutional protection. Unfortunately, the court did not give any clear guidance as to how to determine whether the property right is sufficiently established under state law. The court also put the burden on the property owner to prove that, before the state interfered with their property right, the state’s law recognized that the property owner had rights “superior” to the state’s rights. That requirement can never be satisfied. Under the Takings Clause, the government’s power is always superior; the purpose of the Takings Clause is to ensure that, when the state exercises its admittedly superior power, the government must pay compensation. The second wild card in Stop the Beach is absence of any standard for deciding whether a “close question” in a particular case is sufficient to “establish” a property right or, instead, is an insufficient showing.

While this recent Supreme Court case will have direct impact only on Florida waterfront property owners, the principles on which it is based will affect takings claims of all sorts, by enabling states to gradually erode the bundle of rights that are generally associated with real property and gradually diminish the rights that are “established.” And, as decided in Stop the Beach, if the property owner cannot demonstrate that the right interfered with is an “established” property right under state law, the state is free to interfere with that right without paying any compensation to the property owner. Under Stop the Beach, property rights may be no more secure against erosion than are the beaches of Florida. 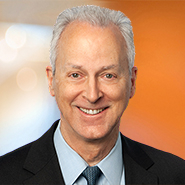