Greenberg Glusker proudly supports ACLU of Southern California and this year's Bill of Rights Awards, scheduled to be held virtually the evening of December 5, 2021.

The American Civil Liberties Union (ACLU) defends the fundamental rights outlined in the United States Constitution and the Bill of Rights. These include the right to freedom of speech and assembly, the right to religious freedom, due process of law, equality before the law and the right to privacy. The ACLU also relies on state constitutional provisions and federal and state laws that further these and similar rights. 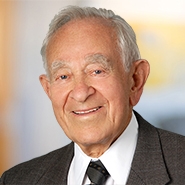