Beware of the “Green” Form Lease

As the economics of green buildings continues to align with the social and political pressures of climate change, many national and regional businesses are “greening” their form leases by including provisions that address everything from the installation of energy efficient lighting to the use of toilet paper that incorporates minimum percentages of recycled product. Whether it is a cost-saving measure or just good public relations, the greening of commercial leases has been viewed generally as a step in the right direction. Nevertheless, every landlord should pay more attention to the “green” language in its prospective tenant’s form lease because, like with so many other provisions, the terms are likely still skewed in the tenant’s favor.

For example, landlords will all too often miss the fact that agreeing to implement certain green standards in their multi-tenant buildings may impact common area maintenance charges for other tenants who have no obligation or desire to contribute to such programs. Landlords may also inadvertently give away economic benefits, such as tax credits or rebates, that they would otherwise be entitled to receive when their tenants use a part of an improvement allowance to complete energy efficient upgrades. A more specific but important issue sometimes overlooked is the need to include provisions in a long-term lease that say which party is responsible for removing and disposing of solar panels at the end of a lease, which can be costly and require repairs to structural elements of the landlord’s building. These examples are just a few of a number of issues that landlords fail to negotiate as they gloss over such provisions as essentially boilerplate.

Not all regional and national tenant form leases are equal. We have seen some that have very robust provisions that allocate costs, responsibilities and benefits associated with green programs, but many include only ambiguous or tenant friendly terms that are often accepted by the landlord without change in the name of battling climate change. Although the end benefit to the environment is likely the same, there remains a fundamental need to negotiate and enter into a fair and reasonable lease for both landlord and tenant. To that end, even “green” language in form leases must be reviewed and modified with proper guidance from counsel and consultants familiar with the issues. 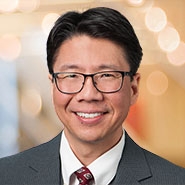