We're proud to recognize first-year associate Taryn Jacobson for her pro bono work on an opening brief while working as a law student in USC’s Immigration Detention and Appellate Clinic. On June 24, 2022, the Ninth Circuit reversed a decision by the Board of Immigration Appeals for Taryn’s client, a Salvadoran man who has lived in the U.S. for over 40 years. He sought protection under the Convention Against Torture because if removed to El Salvador he faced torture and potential death at the hands of Salvadoran police and military, as well as Salvadoran gang members who control a majority of the municipalities in El Salvador.

The issues on appeal involved the Immigration Judge’s and Board of Immigration Appeals’ wrongful discounting of expert testimony establishing the high likelihood of torture, and the misapplication of a 2006 Attorney General decision to deny the client protection under the Convention Against Torture. The Ninth Circuit agreed with Taryn’s arguments and held that the Immigration Judge and Board of Immigration Appeals erred by requiring corroboration of credible expert testimony and also erred by misapplying the prior Attorney General's decision.

"I worked on the case for about 4 months," Taryn said. "I spent a great deal of that time researching gang culture in El Salvador and the repercussions of deporting former gang members back to El Salvador. It also became clear from my deep dive into the case history that the holes in our immigration system have detrimental consequences. I am thrilled with the Ninth Circuit's decision and grateful to USC's Immigration Detention and Appellate Clinic for this opportunity." 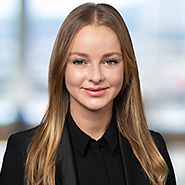