Jonathan Shenson is a partner in the firm's Bankruptcy, Reorganization, & Capital Recovery Group as well as its Corporate Finance & Securities Department.

Jonathan’s bankruptcy practice includes representation of debtors, secured creditors (including debtor in possession lenders), committees, acquirers and other parties in chapter 11 cases, out-of-court restructures and work-outs, acquisitions, foreclosures, and assignments for the benefit of creditors. His practice also includes commercial and bankruptcy-related litigation including extensive experience in fraudulent conveyance and preference actions and litigation in the areas of breach of contract, breach of duty, alter ego, successor liability, and lender liability.

Jonathan’s corporate practice is focused on the representation of agents and lenders, borrowers and others in a broad array of credit transactions, including syndicated, single-bank, secured, unsecured, senior and subordinated credits and credit enhancement facilities. He has experience in mergers and acquisitions (both buy-side and sell-side) with particular expertise with purchasing assets through assignments for benefits of creditors and Section 363 sales.

Jonathan is a frequent speaker on bankruptcy and commercial law panels at prominent industry conferences, including Turnaround Management Association’s Western Regional Conference and Distressed Investing Conference, American Bankruptcy Institute’s Southwest Bankruptcy Conference, and the California Bankruptcy Forum’s Annual Insolvency Conferences. He has lectured on deepening insolvency, cash collateral, fiduciary duties of officers and directors of distressed companies, real estate leases in bankruptcy, 2005 Amendments to the Bankruptcy Code, single asset real estate cases, intellectual property issues in and out of bankruptcy, and the state of the law with regard to creditors’ entitlement to interest, fees and costs in bankruptcy.

Prior to joining Greenberg Glusker, Jonathan was the Managing Principal of his own law firm for nearly a decade. Before that, he was a partner at a nationally recognized bankruptcy boutique and also practiced in the bankruptcy and finance departments at a prominent AmLaw 100 firm. 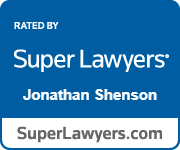