The recently published California case of Camacho v. Target has highlighted an often misunderstood issue in the world of employment law settlements.

Background
Mr. Camacho worked for Target, and after enduring what he claimed was egregious sexual harassment, he resigned from his employment claiming intolerable working conditions. Separately, Mr. Camacho also filed a claim for worker’s compensation benefits arising from the same alleged workplace conditions. After settling the workers’ compensation claim and signing the mandatory preprinted Compromise and Release form before the Workers’ Compensation Appeals Board (“WCAB”), Mr. Camacho then sued Target in court for constructive discharge, unlawful harassment and retaliation.

Relying on the workers’ compensation settlement agreement, Target persuaded the trial court that Mr. Camacho had already settled all of his employment claims and could therefore not receive another bite at the proverbial apple. Although the trial court was persuaded, the Court of Appeal was not.

In reversing the trial court’s grant of summary judgment in favor of Target, the Court of Appeal dissected the language of the preprinted Compromise and Release form as well as an addendum jointly drafted by the counsel for the two sides. The Court concluded that because the documents make "no reference…to any causes of action outside the worker’s compensation system, much less to a release of such claims in ‘clear and nontechnical language,’” there was no evidence that the parties intended to settle any claim other than the workers’ compensation claims.

The judgment for Target was therefore reversed, and Mr. Camacho was handed a shiny red apple to bite from another angle.

Key Takeaways
Employers are often surprised to learn they are being sued in civil court by the same employee with whom they just settled a workers’ compensation claim. The Camacho case provides a timely reminder that employers who settle those claims without involving their employment counsel and ensuring a complete release of all claims are walking targets (!) for a second lawsuit.

On a related note, employers should remember that settlement and severance agreements negotiated with employees in connection with a termination or a private settlement cannot include a release of claims for workers’ compensation benefits unless there is a pending matter before the WCAB, and the WCAB approves the settlement. 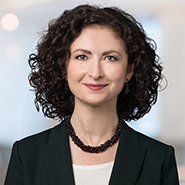