“Although the income earned by a child performer is legally recognized as the child’s property, the individuals in control of the earnings, typically parents, have considerable leeway with the funds that are not set aside in the Coogan Trust—so there’s still a lot of room for mismanagement of that remaining 85%,” said Marc M. Stern.

“Aaron Carter’s story is an example of how legal protections fall short – Carter alleged during an appearance on Oprah: Where Are They Now? that his parents never set aside the 15% of earnings required by the Coogan Act. The bottom line is if people aren't going to follow the law and court orders, there’s not much that can be done. Carter even hoped to create his own law to further protect young stars, what he referred to as the ‘Carter Law,’ and help distribute childhood earnings in increments over the individual’s adult life,” he added.

“While I believe that conservatorships can save lives and protect vulnerable adults in crisis, sadly, I don’t believe it was a viable option for Carter,” said Benny Roshan.

“For one thing, Carter was openly opposed to a conservatorship and felt betrayed by his partner, whom he suspected was plotting a conservatorship with his siblings a year prior to his passing. His public statements about his family during that time may have deterred any efforts by his family to conserve him for fear of escalating his crisis. Also, any efforts to conserve Carter would have been met with heightened scrutiny given the public outrage over Britney’s botched conservatorship,” posits Roshan. 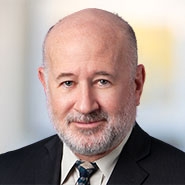