Aaron Gafni Honored by Variety Among "Hollywood's New Leaders" for 2014

Aaron Gafni, an attorney in the Corporate Group at Greenberg Glusker, was today recognized by Variety in its annual “Hollywood’s New Leaders” list for 2014.

The prestigious annual list, which “spotlights the next generation of power players in the entertainment business,” appears in the October 28, 2014, issue of Variety.

“In 2014, Aaron served as corporate counsel on the $2 billion sale of the Los Angeles Clippers franchise to Steve Ballmer and represented Oscar De La Hoya in various corporate matters,” said Bob Baradaran, managing partner of Greenberg Glusker. “In addition to his legal achievements in the sports business, he also counseled a number of emerging companies that are innovating at the intersection of entertainment and technology, such as digital content providers and platforms, social media companies and video game publishers and distributors. Today’s recognition by Variety is well-deserved for Aaron’s impressive work on behalf of our clients this year.”

Gafni represents clients in a wide variety of general corporate and transactional matters, ranging from entity formation and structuring to equity financings and mergers and acquisitions. He advises entrepreneurs, start-ups and middle market companies across a broad range of business sectors, including technology and new media, sports, food and beverage, consumer goods and real estate. Gafni is actively involved in the Firm’s sponsorship of Venice start-up accelerator Amplify.la. 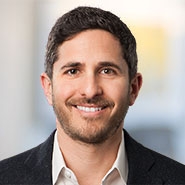