It is remarkable that the IRS issued such a notice, but it is not remarkable that the states are taking up the offer, including most recently California in Assembly Bill 150 signed into law on July 16. To make the new law understandable, this article omits some of the arcane details and instead uses lay person’s language. It is thus critical to consult with a tax advisor based on your particular facts before relying on this summary.

If payments are not made as required above, the Election is invalid, so it is critical that the Elective Tax is timely paid. Presumably, the FTB will revise current Forms 592-F and 592-A (currently applicable to report and pay withholding tax on nonresident partners) to accommodate the new Elective Tax regime.

Under Treasury Regulation section 1.707-1(c), “guaranteed payments” by partnerships for services or the use of capital under IRC section 707(c) are regarded as a partner's allocable share of ordinary income. It thus appears that the Election can be made with respect to guaranteed payments, in which case the Elective Tax should be withheld from the payments.

Given the massive tax benefit of the Election, there will be a mad rush for every service provider that can afford it and is willing to risk it to form an S corporation and attempt to run their income through the S corporation. This, in turn, will put enormous pressure on the boundary of the appropriate use of “loan-out” corporations, and it can be expected that federal and state tax authorities will not respect the use of such loan-out corporations when the substance of the relationship to the payor is that of employer-employee. This is particularly true in California, where prior legislation (AB 5) treats almost all service providers as employees if they render services in the regular course of business of the payor, which has the net effect of disregarding certain loan-out corporations. There will be a mountain of tax-related litigation on this issue as executives attempt this strategy.

Given the difficulties with S corporations mentioned above, the better path is to use partnerships, so there is likely to be an explosion in all forms of partnerships with 1% partners or even husband and wife partnerships. Form seems to prevail over substance under AB 150. 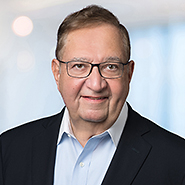 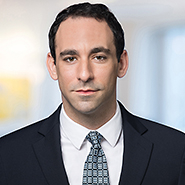