In recent years Los Angeles has experienced an unprecedented wave of mega-mansion development, which has inevitably changed the aesthetic and character of some of the city’s most iconic neighborhoods. In turn, some residents have sought aid from the courts to preserve the aspects of their communities that they cherish most. On June 20th, a California appellate court sided with development over preservation in a case involving a house renovation that obstructed a neighbor’s prime ocean views.

In Eisen v. Tavangarian, a California appellate court reviewed the CC&R’s of Marquez Knolls, a prominent Pacific Palisades community. The court chose not to enforce a restrictive covenant recorded in 1962 and instead ruled in favor of a neighboring property owner’s free use of land.  Paragraph 11 of Marquez Knolls CC&R’s prohibits “any structures erected that may at present or in the future obstruct the view from any other lot.”[1] The complaining neighbor prevailed at the trial court level when the judge found that various improvements to a newly-renovated $9.4 million home “unreasonably obstructed” the plaintiff’s ocean views.

This is not the first time California courts have grappled with this issue in Pacific Palisades. In 2005, the same appellate court, in a case entitled Zabrucky v. McAdams, examined nearly-identical CC&R’s of a neighboring tract in Marquez Knolls. That court held that paragraph 11 applied to any alteration or remodel of an existing dwelling that “may at present or in the future unreasonably obstruct the view from any other lot.”

Over a decade later, the Eisen court made some alterations of its own, not to an existing structure, but rather to the existing precedent. The Eisen court bluntly stated that “[t]the Zabrucky majority misread paragraph 11” of the CC&R’s. The Eisen court relied on the well-settled principle that “[u]nder California law a landowner has no right to an unobstructed view over adjoining property, and the law is reluctant to imply such a right.” While the court acknowledged that neighborhoods can create such a right through well-crafted CC&R’s, it held that courts should interpret such restrictions strictly.

Specifically, in considering the enforceability of restrictive covenants like the Marquez Knolls CC&R’s relating to view obstruction, “[i]t is a general rule [in California] that restrictive covenants are construed strictly against the person seeking to enforce them, and any doubt will be resolved in favor of the free use of land.” Stated otherwise, there is no California common law right to a view, and any CC&R’s protecting a view will be narrowly construed.

Against this backdrop, and revisiting the earlier decision in Zabrucky, the court read paragraph 11 in conjunction with other provisions in the community’s CC&R’s, ultimately concluding that paragraph 11 restricts only building a new structure, not making alterations to an existing one. Unfortunately for this homeowner, and other Marquez Knolls residents, seeking to curb major remodels and protect their views, neither the common law nor the CC&R’s got the job done.

[1] In its entirety, paragraph 11 of the Marquez Knolls CC&R’s provides:

“No fences or hedges exceeding three feet in height shall be erected or permitted to remain between the street and the front setback line nor shall any tree, shrub or other landscaping be planted or any structures erected that may at present or in the future obstruct the view from any other lot, and the right of entry is reserved by the Declarants to trim any tree obstructing the view of any lot.” Id. at *2.

Click on this link to read the Eisen v. Tavangarian case.

Click on this link to read the Zabrucky v. McAdams case. 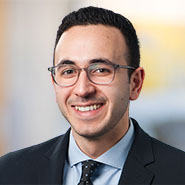