The communications giant purchased a 1960s-era, single-story 13,200 SF warehouse in the Underwood Hills neighborhood just west of Atlantic Station for $2.27M, according to CoStar records.

The purchase was made under the name Atlanta Reign, the franchise team established by Cox Enterprises and Province Inc. in 2018 that competes professionally in tournaments for the Blizzard Entertainment first-person shooting game Overwatch. Officials with Cox and Province didn't answer calls seeking comment, and it was unclear how the Atlanta Reign would specifically use the facility at 1290 Collier Road.

In its first year of competition, the Atlanta Reign earned more than $470K in six tournaments, according to EsportsEarnings.com. “It may not be the case that a particular game is the game that sticks around forever the way that basketball is basketball and football is football. But I think a lot of [the popularity of esports] is an attitude change,” Greenberg Glusker attorney Brandon Jackson said. "Now it's the cool thing." 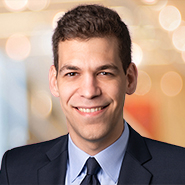