Toby Kebbell will join Vin Diesel in “Bloodshot” for Sony Pictures in the role of Axe with principal photography starting in July.

“Bloodshot,” first published in 1992, centers on a mortally wounded soldier with powers of regeneration and meta-morphing made possible through nano-machines in his bloodstream. “Bloodshot” was created by Kevin Van Hook, Don Perlin, and Bob Layton for Valiant. Over its comic-book run, “Bloodshot” totaled 110 issues with more than 7.5 million copies sold. 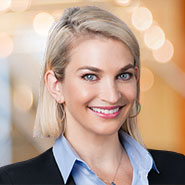