Judge Draper’s ruling came nearly two years after the City Attorney’s Office originally filed suit, and cleared Daum and two of its agents of any wrongdoing.  The ruling made clear that the commercial real estate broker for a landlord cannot be held liable for the mere act of brokering a lease, where it later turns out that the tenant did not comply with Los Angeles’s cannabis licensing ordinance.

“What the ruling makes clear is that the L.A. city attorney’s office overreached in its attempt to rope Daum and two of its vice presidents into the case,” said Priya Sopori, Co-Chair of Greenberg Glusker’s Cannabis Group.

The Greenberg Glusker team, which included Priya Sopori and associate James Hill, filed a motion for summary judgment on behalf of Daum arguing that the case against their clients should be dismissed because they did not own or operate a cannabis business, and were not the owner or lessor of property engaged in a such an enterprise.  They maintained their clients served as brokers in the lease of the property and did not lease or rent any property of their own.

“Brokers do not appear to be included among the parties responsible for illegal conduct that may occur on the property after … the parties have signed a lease agreement,” noted Sopori. “We believe the court reached the right decision,” Sopori said. “It’s a significant victory for Daum and the brokerage community in general.” 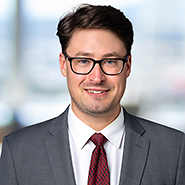