[Ed. Note: Today’s post opens up our week of Oscar coverage. On a Friday. Who are you to judge our calendar-related choices? Drop by next week for more posts addressing all the burning, tangentially Oscar-related questions you probably never thought to ask!]

At 14 years of age, Hailee Steinfeld is this year’s youngest Oscar nominee, receiving the nod for Best Supporting Actress for her role as Mattie Ross in the Coen Brothers’ adaptation of True Grit.  With her huge role and Oscar recognition, it appears as if young Hailee owns Hollywood at the moment.  But who owns Hailee?

Child celebrities have long taken the world by storm, and while their personalities (and, sometimes, their egos) can often seem larger than life, we often forget that they are still just children.  As such, they are not masters of their own domain.  Justin Bieber may be able to make young girls the world over cry on command, but just like every other child in America, the Biebster needed his mom’s permission before cutting off his iconic mop.

The age of majority in most U.S. states is 18.  Until then, kiddies, mommy and daddy functionally own you.  They control where you live, where you go to school, who you can hang out with and pretty much every other aspect of your life.  On rare occasions, children become “emancipated minors,” meaning they break hold from parental bondage, usually by either getting married, joining the armed forces or going to court to ask for their freedom.  Until you turn 18 or emancipate yourself, however, your parents control whether or not you can work, including acting and singing.  And that has significant implications for child stars like Hailee Steinfeld.

Child Labor and Exploitation:  Only in Hollywood

States are generally pretty strict about child labor.  Like that damned Prime Minister of Micronesia (or was it Malaysia?), states interfere with a child’s right to earn an honest living under the guise of “protecting the exploitation of children.”  (Okay…I shouldn’t joke about child labor problems.)  Not surprisingly, California has carved out special exceptions for the entertainment industry.  Under California law, children cannot work in a mine shaft but they can portray a kid working in a mine shaft.  Children can’t be exploited unless it is in the entertainment context.  I know, I know….all those 3 year olds ands 4 year olds have been waiting years for their big break…it surely wasn’t their parents’ idea to stick them in that cereal commercial.

Breakfast aside, California actually has an entire chapter of its Family Code entitled “Contracts in Art, Entertainment, and Professional Sports.”  When it comes to a minor “render[ing] artistic or creative services” or “render[ing] services as a participant or player in a sport,” California says a little work never hurt anybody.  Obviously, there are still laws in place to monitor minors’ entertainment work to ensure that children are protected as much as possible, and the various guilds involved in the entertainment industry have their own strict guidelines.

Making (and Breaking) Deals with Kids

Generally, a minor does not have the capacity to enter into a valid contract except for basic necessities of life (food, shelter, clothing, the new Call of Duty).  In reality, minors enter contracts all the time.  The risk really lies with the person with whom the minor entered into the contract.  A minor can contract for goods or services.  However, upon reaching the age of majority (the earlier of (a) turning 18 and (b) entering rehab for the first time), the now ex-minor has the option of voiding the contract entirely.  Even if it was a completely fair contract (and even if heavily weighted in the ex-minor’s favor at the time it was created), the now ex-minor can go with the “neener neener I’m not paying” finishing move.  Don’t get me wrong…the ex-minor doesn’t get off completely free, as there are rules about returning any property received by the ex-minor, etc., but it can really ruin the other party’s day.

California has created a special set of rules that allow minors to enter into entertainment contracts and have them approved by the court.  Once the court gives the okay, the contract is binding just as if it had been entered into by a responsible, consenting adult star like Charlie Sheen.

Whose Line (of Credit) Is It Anyway?

Our friend Hailee was offered the part in True Grit, and there were likely endless pages of boring, lawyer-enriching contracts to be completed.  Once signed, the court probably approved them and Hailee went on to give us the delightful performance that we all had the privilege of seeing.  I don’t know how much Hailee was paid for her part in True Grit, but I’m sure it was more than her 14-year-old contemporaries.  I made a killing on some Apple Computer stock options when I was 14, but I’m sure it was nothing like what Hailee pulled in this year.

So what about that nice upfront pay she received?  Does Hailee get to go on a spending spree at Forever 21 with her hard-earned money?  And what about all of those residuals I hope she’ll receive?

Minors really don’t have many property rights.  Generally, all property of a minor, including earnings, belongs to the minor’s parents (or custodial guardian), to be used and abused as the parent sees fit.  A parent has a duty to clothe, feed and shelter the child and to get the child proper medical attention and an education.  However, when it comes to the child’s money, it really is no holds barred.  Cue the “I just want to be supportive of my 3 year old whose dream is to go into acting” comments from the parent gallery.

History is full of parents blowing the money made by their Hollywood cash cows . . .er, children.  Many child stars grow up only to realize that all of their hard-earned money is completely gone.  One such star decided to fight back and sue his parents.

Jackie Coogan, probably best known for his role as “Uncle Fester” in The Addams Family (no, you’re thinking of Christopher Lloyd…I’m talking about the original TV series, not the movie) was discovered as a child by Charlie Chaplan.  Coogan made tons of money, but eventually grew up and discovered that his parents spent all of his dough.  Coogan sued his parents and recovered only a very small amount.  Sad.

In 1939, California passed the Child Actor’s Bill, also known as the Coogan Bill, to protect all the little Jackie Coogans of the world from, say, all the big Michael Lohans of the world.  The bill was recently updated to provide expanded protection.  In its current form, it works like this:  the child star contracts for a role, the court approves it, and the studio or production company deposits a minimum 15% of the child’s earnings into a special, protected account, known as a “Coogan Trust Account.”  Remember when I said that a parent has no duty to spend (or not spend) a child’s money wisely?  Well the Coogan Bill “fixes” this.  The effect of court approval is that the minor can’t later disaffirm the contract once he or she reaches the age of majority.  But the law requires 15% of child earnings to be held in trust even for contracts which are not submitted to, or which are affirmatively rejected by, the court.

The Coogan Trust Account is just like any other trust arrangement in which one party (here, the studio) delivers property (the child star’s earnings) to a trustee (one or both of the parents, or another trusted adult) to be maintained and used for the benefit of a beneficiary (the child star).  But the Coogan Bill also imposes a “fiduciary duty” upon the parents with respect to all of the child’s earnings from entertainment contracts.  This means that the parent(s) must follow very strict standards of care, including ensuring that the money is properly invested and is used only for the benefit of the child.  It puts the parents’ management and use of the money under scrutiny and gives the child greater remedies against the parents for mismanagement.

While the fiduciary relationship now exists with respect to all entertainment earnings, only 15% of the earnings are required to end up in the Coogan Trust Account.  The other 85% of the child’s earnings are (safely) in the hands of the parents under less scrutiny, to be used for the necessities in life such as cars, furs, and houses.

Hopefully, Hailee’s parents will care for her money a little better than the parents of child stars past.  At the moment, though, Hailee is probably more focused on the prospect of winning one of Hollywood’s most sought-after awards- the coveted Oscar.

Answering All Your Burning Questions

Speaking of the Oscars, let’s wrap up our discussion of how even child stars are at the mercy of their parents by answering the burning questions that viewers everywhere will be asking as Hailee attends the big event this Sunday:

Q:  With whom is Hailee going to be seen on the red carpet?

A:  Whomever her parents say she can go with.

Q:  What will Hailee be wearing?

A:  Whatever her parents say she can wear.

Q:  Will we see lots of great shots of Hailee mingling with other nominees as the night progresses?

A:  Only if her parents consent to her image being broadcasted.

Q:  If she wins, will Hailee give a great acceptance speech?

A:  Possibly.  In fact, if Hailee were to win, one of her parents could decide that the parent, not Hailee, will give the acceptance speech (of course, the Academy rules may prevent the parent from speaking).

Q:  Where will Hailee put her shiny Oscar statuette if she wins one?

A:  Maybe in her parents’ bedroom.  Remember, all of the minor’s property (other than the 15% in the Coogan Trust Account) essentially belongs to the parents.

Sure, living the life of a child star can be glamorous.  Child stars often find themselves catapulted into the limelight with high profile fame and stardom.  While child stars in this respect may not experience the life the same way as America’s average youths, child stars still have to contend with the same issue that their non-famous brethren face every day:  their parents own them until they grow up.  The only difference is that a child star hears, “As long as we live in your house, you’ll follow my rules!” 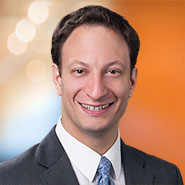