Greenberg Glusker partners, Brian Kang and Steve Lurie, contribute their insights on what the future holds regarding commercial evictions after July 31st in the article, "Judgement Day: What happens once commercial eviction moratoriums end?," published in Commercial Observer on July 6, 2020.

Brian Kang, chairman of the real estate group at Greenberg Glusker, said he doesn’t expect a flood of evictions because it isn’t a practical solution for landlords to deal with the current backlog in the courts.

“Unlawful detainers usually take about 30, 45, to 60 days,” Kang said. “And there’s going to be an avalanche of those cases if landlords choose to file them, it’s just going to take forever. You’re looking at a two-to-three year timeframe just to really get the litigation going.”

Steve Lurie, a partner at Greenberg Glusker, said landlords are inclined to negotiate changes in leases because of the moratoriums, and because landlords want to keep their space filled.

“The idea that landlords are just going to terminate all these leases, and you’re gonna have vacancies across the landscape — it’s hard to believe that,” he said. “I think landlords are going to work in their own interests, which is keeping tenants. Landlords don’t want vacancies and the associated downtime, and the brokerage commissions and re-rent and new tenant improvement allowances.” 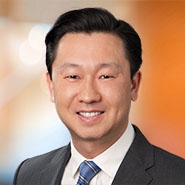