Variety's Dealmakers Report features the people behind the biggest pacts in the world of showbiz. These highlighted top mavens guide an industry that continues to reinvent itself.

Matt Galsor handles some of the biggest and most sophisticated deals in Hollywood, and he also represents a diverse group of up-and-coming artists and emerging companies worldwide. His clients include James Cameron, Vin Diesel and One Race, Chris Hemsworth, Tom Cruise, David Fincher, Harmony Korine, Ernie Cline, and Ubisoft Entertainment. Matt is consistently recognized as one of the most prominent lawyers in Hollywood, including by Variety as a top Hollywood Dealmaker and by The Hollywood Reporter as a Power Lawyer.

Schuyler (Sky) Moore, best known in Los Angeles for closing high-dollar, cross-border deals, is highly valued among dealmakers for his concise communications, willingness to quantify risk, and ability to get complex deals to the finish line as fast as possible. Sky brings his deep expertise in taxation and tax consequences to deals and financings. He specialized in tax in law school and has been a tax expert his entire career. He is a recognized tax authority, having written a leading tax treatise and writing numerous articles and giving seminars on a wide variety of tax issues, including on tax issues relating to real estate, partnerships, and cross border transactions. Sky is the author of The Biz, a popular book on the film industry, and the treatise, Taxation of the Entertainment Industry. He is a mainstay on Hollywood Reporter’s “Power Lawyers” list of the top 100 entertainment lawyers in the country. He is consistently listed as one of the top entertainment lawyers by Variety and was recently recognized in the publication’s annual “Dealmakers Impact Report.” The Daily Journal honored Sky as one of its Top 100 Lawyers in California, and The National Law Journal named him to its list of “Most Influential Lawyers.”

Ryan Webb is an up and coming dealmaker in Greenberg Glusker’s entertainment group. Ryan represents a broad range of clients including financiers, distribution and production companies, emerging talent and influencers, as well as established writers, directors, actors, and producers in Hollywood. Experienced in drafting and negotiating agreements relating to the development, financing, and exploitation of film, television, digital and literary properties, Ryan understands the unique and evolving challenges facing the entertainment industry and works with his clients to structure deals in a creative and cost-effective manner. 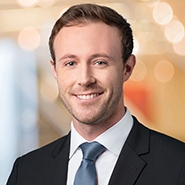