Navigating Lender Liability in the Wake of Zigner

LAST SEPTEMBER IN ORANGE COUNTY, Paciﬁc Mercantile Bank was dealt a crushing blow. A jury not only found the bank liable to its customer and borrower Mark Zigner for the tort of conversion but also awarded Zigner sizable punitive damages.1 Zigner’s executed line of credit agreements with the bank authorized it, in the event of a default, to set off the outstanding debt by pulling funds from Zigner’s other various accounts. Without notice, the bank exercised this remedy when Zigner could not pay down the line of credit. The loss of funds from Zigner’s accounts swiftly resulted in default on many of his other ﬁnancial obligations, which left Zigner with a multitude of liens and virtually no creditworthiness. Zigner responded by ﬁling suit against the bank, alleging tortious conversion. Zigner’s line of credit with the bank had matured and, due to tough economic times, he was unable to pay. Paciﬁc Mercantile Bank exercised its remedies in a manner consistent with the signed borrowing agreements. The story’s surprise is its ending—$250,000 in compensatory damages and $1.8 million in punitives. 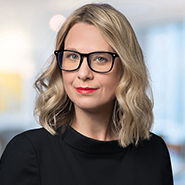