New Laws Roll Out as the Governor Heads Out

Governor Jerry Brown has signed a number of laws into effect, many of which are designed to strengthen minority protections and bolster California’s laws against sexual harassment and assault. Many of these laws create new or additional obligations for employers, while also expanding potential employer liability. The summary below provides an overview of some of the most important new laws and legal developments likely to affect California employers.

1. Restrictions on the Confidentiality of Settlement and Nondisclosure Agreements Relating to Sexual Harassment – SB 820 (Effective January 1, 2019)

Consistent with legislative efforts to prevent the silencing of harassment victims, SB 820 places new limitations on when, if at all, confidentiality provisions may be used in settlements and nondisclosure agreements.

SB 820 applies to agreements entered into on or after January 1, 2019. It prohibits and renders void any provision that prevents the disclosure of factual information relating to civil or administrative complaints of sexual assault, sexual harassment, or harassment or discrimination based on sex. However, provisions preventing parties from disclosing the amount of money paid in connection with the settlements remain legitimate and enforceable. (Notably, courts may not enter, by stipulation or otherwise, an order that restricts the disclosure of the information protected under this provision). However, an employer may lose a federal tax deduction if it includes such a provision in a settlement.

Additionally, settlement or nondisclosure agreements resulting from civil or administrative complaints of sexual assault, sexual harassment or harassment or discrimination based on sex that are entered into by private parties (to which a government agency or public official is not a party) may include provisions designed to keep the identity of the claimant anonymous, along with any and all facts that could lead to the discovery of the claimant’s identity. But, such a provision may only be included if requested by the claimant.

The legislation suggests that a violation of any of these provisions may give rise to a cause of action for civil damages.

Thus, in most cases, unless a claimant requests anonymity as to his or her identity, private employers will be unable to enforce confidentiality provisions preventing the disclosure of facts relating to civil or administrative complaints of sexual assault, sexual harassment, or harassment or discrimination based on sex. Notably, SB 820 does not appear to apply to settlement agreements reached in connection with disputes for which no civil or administrative complaint has been filed.

2. Expansion of Employer Liability for Harassment by Nonemployees, and New Limitations on Release and Non-Disparagement Agreements – SB 1300 (Effective January 1, 2019)

First, it declares that the purpose of harassment laws in California is to provide all Californians with an equal opportunity to succeed in the workplace. Relatedly, the law adopts and codifies various judicial decisions that expand the ways in which an employee may demonstrate various forms of harassment, such as requiring that a plaintiff in a workplace harassment suit need only show that a reasonable person subjected to the alleged discriminatory conduct would find that the harassment made it more difficult to do the plaintiff’s job, rather than showing that there has been a decline in the plaintiff’s tangible productivity. Additionally, the law expressed support for the position that discriminatory remarks, whether or not made in the context of an employment decision or by a decision maker, may be considered as relevant, circumstantial evidence of discrimination in the context of determining whether a hostile work environment exists. Moreover, the law states that harassment cases are rarely appropriately resolved on motions for summary judgment (making it all the more difficult for employers to prevail on such early, dispositive motions).

Fourth, the new law authorizes, but does not require, employers to provide “bystander intervention training” designed to train employees on how to recognize and appropriately act upon potentially problematic behaviors in the workplace.

Fifth, SB 1300 adds a new provision to the Government Code that prohibits an employer from requiring an employee to sign a release agreement or a non-disparagement agreement that prevents an employee from disclosing information about unlawful acts in the workplace in exchange for a raise or bonus, or as a condition of employment or continued employment. However, by contrast, negotiated settlement agreements, which reflect a voluntary, deliberate, and informed agreement (with respect to which the employee is given notice and an opportunity to retain an attorney), and which are reached in connection with an underlying claim the employee has filed in court, before an administrative agency, in an alternative dispute resolution forum, or via an employer’s internal complaint process, are permissible. Employers should note that if any provision of an agreement violates these new requirements, the entire agreement will be deemed unenforceable.

Additionally, employers will now be required to provide training to seasonal and temporary employees, or any employee hired to work for less than six months, within 30 calendar days after the hire date, or within 100 hours worked, whichever occurs first.

The law also requires the Department of Fair Employment and Housing to develop free sexual harassment online training courses to be made available to the public, along with subtitles for various languages to assist employers in their compliance obligations.

AB 2282 also clarifies that external applicants (meaning applicants who are not current employees) are entitled to a pay scale upon request, but only after completing an initial interview.

Additionally, existing law prohibits prior salary, by itself, from justifying a disparity in compensation under these provisions. AB 2282 clarifies that an employer can make a compensation decision based on a current employee’s existing salary as long as any wage differential resulting from that compensation decision is justified by one or more specified factors, including a seniority system or a merit system.

AB 2770 provides protection from liability for defamation or slander to employees who make credible, good faith reports of harassment as well as to employers who communicate with interested parties (such as victims and witnesses). This law is meant to prevent an alleged harasser from suing the alleged victim for reporting the conduct and/or the employer for investigating it.

The law further provides that when an employer is contacted for a job reference about a current or former employee, the employer can now reveal whether the individual is not eligible for rehire because the employer determined that he/she engaged in sexual harassment. The complexity is in whether or not the employer should disclose such information, even if it is now permitted by this legislation to do so.

7. Extension of the Statute of Limitations to Seek Civil Damages Due to Sexual Assault – AB 1619 (Effective January 1, 2019)

Beginning on January 1, 2019, AB 1619 expands the permissible length of time within which a plaintiff may file suit for civil damages due to sexual assault. AB 1619 applies only to those victims who have suffered damages as a result of a sexual assault occurring on or after their 18th birthday.

Under the extended statute of limitations, a victim has until the later of either:

a) 10 years from the date of the last act, attempted act, or assault with the intent to commit an act, of sexual assault by the defendant against the plaintiff to bring an action for civil damages as a result of such an assault; or

b) 3 years from the date the plaintiff discovers or reasonably should have discovered that an injury or illness resulted from an act, attempted act, or assault with the intent to commit an act, of sexual assault.

Under preexisting law, a plaintiff was required to bring an action for assault within 2 years, or if it was in the context of domestic violence, within 3 years from the date of the last act, or 3 years from the date the plaintiff discovered or reasonably should have discovered an injury or illness resulted from an act of domestic violence by the defendant, whichever was later.

With the passage of SB-826, California has become the first state in the nation to require publicly traded corporations headquartered in California—regardless of their state of incorporation—to include at least one female on their boards of directors by the end of 2019. The bill defines female as “an individual who self-identifies her gender as a woman, without regard to the individual’s designated sex at birth.”

By the end of July 2021, a minimum of two women must sit on boards with five members, and there must be at least three women on boards with six or more members. Companies that fail to comply will face significant fines—$100,000 for a first violation and $300,000 for a second or subsequent violation.

In his signing letter, Governor Brown acknowledged that the bill will likely be challenged as unconstitutional for imposing illegal quotas (discriminating against men). Nevertheless, the Governor stated that he wanted to send the message that “it’s high time corporate boards include the people who constitute more than half of the ‘persons’ in America.”

Although this law will not take effect for three more years, it extends benefits under the Paid Family Leave wage replacement program to any employee who takes time off to attend to situations related to the covered active duty status of the employee’s spouse, registered domestic partner, child or parent who is a member of the US Armed Forces. Situations that will now be covered (called “qualifying exigencies”) include time off for official ceremonies, briefings, changes to child care arrangements, counseling, or spending time with the covered service member during rest and recuperation leave, among others.

In addition to this flurry of California legislative activity, the federal Consumer Financial Protection Bureau (the “CFPB”) issued an updated version of its “Summary of Your Rights Under the Fair Credit Reporting Act” form (the “Form”), effective September 21, 2018. In response to recently enacted federal legislation, the revised Form contains new required notice provisions to consumers. Pursuant to the Fair Credit Reporting Act (“FCRA”), the Form is one of numerous notices employers must provide when utilizing consumer reporting agencies to conduct background or credit checks relating to employees and job applicants.

The revised Form adds new notice provisions informing consumers of their right to obtain a “security freeze” for their credit report at no cost. A security freeze prohibits a consumer reporting agency from releasing information in a credit report without the consumer’s express authorization, in an effort to prevent unauthorized approvals of or extensions to a consumer’s credit. The new Form also notifies consumers that the use of a security freeze may delay, interfere with, or prohibit the timely approval of requests or applications regarding new or extensions of credit.

As an alternative to obtaining a security freeze, consumers are also notified that they have the right to place an initial or extended fraud alert on their credit file at no cost. The revised Form reflects extension of the duration of an initial fraud alert from ninety days to one year.

Although the revised Form is effective as of September 21, 2018, the CFPB is permitting comments on the Form until November 19, 2018. Thus, employers should be aware that the Form may be subject to further amendments.

Employers who use consumer reporting agencies for credit or background checks relating to employees and job applicants should provide those individuals with the most updated version of the Form, along with all other required notices. Failure to comply with FCRA requirements may expose employers to legal and financial liability. Before engaging in or establishing a background or credit check process, employers should consult with counsel to ensure that any such process complies with applicable federal, state, and local laws.

A Significant Veto Worth Noting: Governor Brown Vetoes Effort to Ban Arbitration Agreements That Are Required as a Condition of Employment

Notably, the Governor vetoed AB 3080, which would have prohibited an employee or applicant for employment from being required to sign an arbitration agreement as a condition of employment, continued employment, or the receipt of any employment-related benefit. In his written veto message, the Governor noted that the bill “plainly violates federal law” in light of clear direction from the Supreme Court in recent cases.

Greenberg Glusker’s employment department is here to answer your questions. 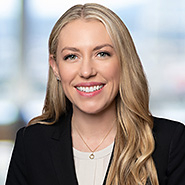