Omega SA voluntarily dismissed its petition asking the high court to overturn a January ruling by the Ninth Circuit in favor of Costco Wholesale Corp., finally putting to rest a case filed in 2004 over “gray market” Omega watches — authentic items that Costco legally purchased overseas but then imported and sold in the U.S. against the watchmaker's wishes. 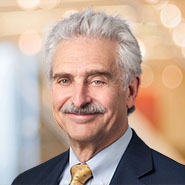