Benjamin Alexander was quoted in a Law360 article that ran March 16, 2016, about smaller companies taking advantage of the new version of Regulation A that went in effect in 2015. The new regulation “Reg A+” allows companies to raise more capital than they previously could and also allows companies to gauge investor interest before formally pursuing an offering.

“It’s certainly an interesting play and a way to reduce some of the ongoing costs and initial ramp-up costs,” said Alexander of Greenberg Glusker Fields Claman & Machtinger LLP. “I expect to see a fair amount of people trying it out. You can do a lot of things in the real estate with the capital you can raise.”

Under Reg A+, companies can raise up to $50 million. The prior cap had been $20 million. 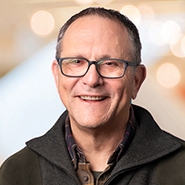