When Congress first set out to codify the rights and obligations of technology companies and internet service providers on the then-nascent internet few could have predicted the sheer scale of those companies and the information they control just a few decades later. Recognizing the sea change in information technology in the 21st century, Congress is finally beginning to consider in earnest revisiting landmark legislation of the late 1990s that has governed the internet ever since. 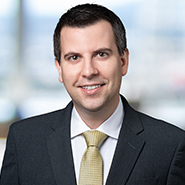