On April 23, 2020, the United States Supreme Court unanimously held that the Lanham Act does not require a showing of willful infringement to justify an award of defendant’s profits to the plaintiff. Romag Fasteners, Inc. v. Fossil Group, Inc., 590 U.S. __ (2020). This decision resolves a longstanding split among Circuit courts, but the practical effects on damages awards in infringement lawsuits remains to be seen. What is certain, however, is that all defendants in trademark infringement suits are now at risk of having their profits awarded to the plaintiff.

Focusing on the statutory language, in Romag v. Fossil, the Supreme Court unanimously held that a finding of willfulness is not required before a court and/or jury can award the infringing defendant’s profits to the plaintiff. Although this finally resolves the Circuit split as to whether willfulness is a prerequisite to an award of profits, the Supreme Court’s decision may leave more questions open than it answers.

Specifically, the Supreme Court recognized that while a finding of willfulness is not required to justify an award of profits, the defendant’s mental state nevertheless remains an important consideration in determining an equitable award for the plaintiff. Accordingly, innocent infringers are unlikely to be required to disgorge their profits. But, the question remains where on the spectrum of culpability—indifference, negligence, recklessness—an award of profits will be deemed appropriate. It is unclear whether the Supreme Court’s decision will set off a wave of windfall damages awards for plaintiffs, and those Circuits previously requiring willfulness will likely continue to consider the defendant’s mental state as a key factor in determining the appropriateness of profits as a remedy.

Both plaintiffs and defendants should anticipate more nuanced arguments about the availability of infringing profits in any particular case as courts increasingly consider factors beyond the binary of “willful” or not. 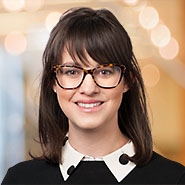