This article was originally published on L.A. Cannabis News

Newcomers to California’s booming cannabis industry will soon be facing much higher barriers to entry, and those looking to get in now are up against a ticking clock. Why? California is sunsetting its Provisional cannabis license program in an effort to transition all licensees to Annual licensure. The state will cease to issue new Provisional licenses, with some exceptions of course, as of June 30, 2022, with a final deadline to apply for such a Provisional license of March 31, 2022. (Note that some outdoor growers have until June 30, 2022, to apply for a Provisional License, and some local equity applicants will be able to apply through March 31, 2023.) With just a few days left before March 31, applicants are in a frenzy—missing this deadline could have serious consequences for their future operations (or lack thereof as the case may be).

Most already know that California uses a dual license system, meaning that applicants must secure both a state and local license in order to operate. With a history of disconnect and contradiction between state and local regulations, California is taking steps to clean up its cannabis licensing scheme at the state level in an attempt to implement a more comprehensive, uniform, and congruent licensing and regulatory program. Back in July of 2021, Governor Newsom signed the Cannabis Trailer Bill. The Bill consolidated the Bureau of Cannabis Control, the CalCannabis Cultivation Licensing division, and the Department of Public Safety Manufactured Cannabis Branch into a single regulatory body so aptly rebranded as the Department of Cannabis Control (DCC). This Bill was the first time we learned of the impending June 30, 2022, deadline for the DCC’s issuance of new Provisional licenses. Licensees with Provisional licenses aren’t necessarily in the clear though either. The Bill also included a sunset clause for the renewal of Provisional licenses. After July 1, 2023, Provisional renewals will require, among other things, California’s Environmental Quality Act (CEQA) documentation to be submitted. Ultimately, as of January 1, 2026, all cannabis licensees will need to operate under an Annual License.

With the foresight that local jurisdictions were going to require time to implement a comprehensive licensing program, the state created Provisional licenses, which replaced the previously phased out Temporary licenses, as a vehicle to facilitate the transition of cannabis operators into Annual licensure while providing time for licensees and local jurisdictions to fulfill all application requirement of Annual licenses. The major Annual license requirement is no kept secret — CEQA. Under CEQA, state and local government agencies are required to inform the DCC about proposed cannabis operations’ potential environmental impacts and aims to reduce any environmental damage. That said, it is the local government’s responsibility to identify required documents, ensure they meet CEQA criteria, and oversee the completion and submission of those documents.

Unless the local jurisdiction can pull it together, those seeking Annual licensure in local jurisdictions that have not yet completed CEQA — cough cough, the city of Los Angeles, amongst many others — could be left in the weeds as state deadlines come and go. If localities can’t complete state requirements before the Provisional sunset in 2023, thousands of operators could be forced to shut down, at least temporarily.

Leaders in the industry have noted that the creation of the DCC and the transition to Annual licensing is actually intended to push jurisdictions like LA to move forward with completing their CEQA analysis. As a little (or big) push, in January 2022, the DCC awarded nearly $100 million in grant funding to 17 cities and counties to aid in environmental assessments. LA received one of the largest grants from the DCC in the amount of $22,312,360 to push their CEQA analysis along. LA proposed to use its grant funds to hire additional personnel for the administration of the CEQA processes and establish new positions dedicated to CEQA reviews and local Annual licensing processes, in addition to other uses.

LA operators are hopeful for CEQA progression, as without such there is no pathway for operators to be approved for an Annual license. This is what makes it critical that those looking to be licensed in LA get their Provisional license application submitted and paid for before the March 31 deadline.

To put it bluntly, operators without a Provisional license or submitted application by March 31, 2022, will be dead in the water. The inability of LA operators to apply for an Annual license (or anyone in a city or county without CEQA) may send operators in search of license opportunities in other localities. The alternative? Buy your way in. The market is hot for license acquisitions, and with a more restrictive ability to apply, prices may begin to take a hike. The increasingly cost-prohibitive and heavily regulated nature of the cannabis industry has worked to create an effect of natural selection, and this transition to Annual licensure is no different.

Existing Provisional license holders may continue to operate with their Provisional license past the March deadline, but not for long. Provisionals will be eligible for renewal every twelve months until January 1, 2025. But having a Provisional license does not guarantee that an Annual license will be granted in its place. In order to continue to hold and renew a Provisional license through the renewal expiration, operators must demonstrate that they are “actively and diligently” pursuing an Annual license. In a continued effort to push cities like LA forward on the arduous CEQA process, renewals after June 30, 2022, will “require evidence demonstrating that the local jurisdiction has achieved one or more of the benchmarks specified in the regulations of effort towards completion of the environmental review process and compliance with CEQA.” And, after July 1, 2023, all Provisional renewals will require CEQA documentation.

Undoubtedly, pressure on LA and other cities without CEQA will continue to build during this transition. The sunsetting of Provisional licensing may serve to weed out those operators who cannot keep up or don’t have the proper funding to move along in the process. It could also lead to the surrendering of local licenses and an exodus of operators who cannot afford to continue to idle paying for rent and other holding costs while they wait for their ability to apply for an Annual license and commence operations. Changes to regulations and licensing have been par for the course since California first legalized cannabis. This recent round of changes at the state level is significant, as it brings forth increased pressure from the state to bring local jurisdictions in line. Unfortunately, after March 31, 2022, many entrepreneurs could find themselves caught up in the struggle between state and local licensing, with their cannabis industry business plans becoming collateral damage.

Alexa Steinberg, Counsel at Greenberg Glusker in Los Angeles, is a corporate and transactional attorney for middle-market companies and entrepreneurs with deep expertise in branded consumer products, cannabis, hemp, and CBD. 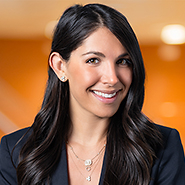