California is demonstrating that its promises on climate change are not just hot air; they’re a policy priority for the State that will require groundbreaking action. The California Air Resources Board (CARB) is rolling out its proposed final 2022 Scoping Plan for Achieving Carbon Neutrality (Scoping Plan). According to CARB, if adopted, the Scoping Plan will represent “the most aggressive approach to reach carbon neutrality by any jurisdiction” – not just in the nation but – “in the world.” The CARB Board will soon be voting on the 2022 Scoping Plan at its December 15-16 public meeting.

How did we get here? The latest Scoping Plan didn’t just happen right away. Instead, it represents the latest stage in the State’s decades long trajectory toward reducing its dependence on fossils fuels. Most recently, Governor Gavin Newsom called on the state legislature and agencies like CARB to ramp up the State’s climate goals by adopting stricter measures. Governor Newsom also signed AB 1279 into law earlier this year, requiring the State to reduce its greenhouse gas emissions by 85 percent below 1990 levels no later than 2045. Even before then, the first Scoping Plan was introduced by AB 32, which was enacted into law back in 2006 and required CARB to develop and update a Scoping Plan every five years. Since then, CARB has issued two Scoping Plans. But the proposed 2022 update represents an “unprecedented” commitment to taking decisive action on climate change not seen in previous Plans.

How is the Scoping Plan developed? Developing a Scoping Plan for one of the world’s top economies is no small feat. It’s a multi-year process requiring extensive collaboration across multiple state and local agencies, input from a broad range of stakeholders, sophisticated scientific and economic modeling, and direct public engagement and outreach. Although AB 32 authorizes CARB to develop the Scoping Plan, many other agencies and state actors also play a role. Notably, for example, AB 32 created the Environmental Justice Advisory Committee, which has been very influential in steering the Scoping Plan process. Dozens of the Committee’s recommendations are reflected in the final proposed plan.

What is in the Scoping Plan anyway? As its name suggests, the Scoping Plan provides a detailed roadmap of policies and procedures for achieving the State’s vision of carbon neutrality, cutting air pollution, and reducing fossil fuel dependence. The 2022 update targets the following key goals by 2045 in California:

The Plan also incorporates environmental justice and equity through its Climate Vulnerability Metric, a new tool that identifies climate vulnerable communities and ensures that their public health and environmental concerns are “front-and-center.” This tool will allow the State to measure and assess the impact of policies on vulnerable communities.

Soon, CARB will get to decide whether it adopts the Scoping Plan’s lofty goals as formal state policy. If and when it does, California will be taking a bold step toward addressing climate change at a progressively critical time. Much has been said about the need to reduce carbon emissions, but through its Scoping Plan, California can demonstrate that its goals are more than just hot air – and represent commitment and action. 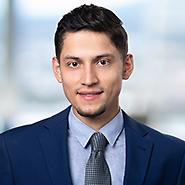