LOS ANGELES (AP) — One of the most valuable pieces of baseball memorabilia — a copy of the 1876 National League constitution that established business practices that remain the norm today — is at the center of a legal dispute between the family of a late baseball executive and an auction house they say is holding it hostage.

The two sides were working together last May to sell the papers that had been among Fred Fleig’s belongings when he died in 1979, a year after he retired as the National League’s secretary and treasurer. But after ads and an Associated Press story appeared about the auction, Major League Baseball claimed it was the rightful owner and the sale was stopped.

The league and the Fleig family later quietly reached a settlement for joint ownership of the papers, but the lawsuit filed Wednesday by Los Angeles law firm Greenberg Glusker alleges that SCP Auctions has refused to relinquish control of the document “unless and until it is paid a preposterous 25 percent ‘commission’ that is not provided, permitted or justified” by the auction agreement, which only calls for 5 percent. 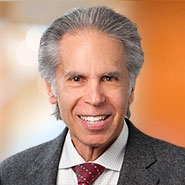