Entertainment attorney Brandon Milostan represented Sam Asghari in attaining a recurring role in the upcoming third season of Don Cheadle's Black Monday series. Black Monday is a comedy series that tells the story of how a group of outsiders took on those in wall street and ended up crashing the world's largest financial system. 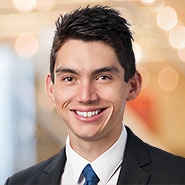