Fulvio Sestito directed from a story he wrote with Rebecca Berrih and Warren Thomas. The script was written by Thomas and Marc Porterfield. RLJE plans to release the film in theaters and on VOD and Digital HD on Sept. 21, 2018.

“The question of if we are alone in the universe is still talked about today,” said chief acquisitions officer Mark Ward for RLJE Films. “With its unique approach to the story of alien abduction and its great special effects, we are thrilled to be able to bring ‘Beyond The Sky’ to audiences.”

Highland Film Group is handling the foreign sales and will be representing the movie at the Toronto International Film Festival. Ward and Jess De Leo from RLJE negotiated the deal with Matt Galsor and Mark Muir of Greenberg Glusker on behalf of the filmmakers. 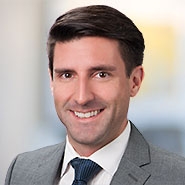