LOS ANGELES - Greenberg Glusker attorney Michelle Mabugat partnered with the International Cannabis Bar Association (INCBA) in urging the Mississippi Supreme Court to find that a life sentence without the possibility of parole is cruel and unusual punishment when triggered by a simple cannabis possession charge. Mabugat took the lead in preparing an amicus brief for Russell v. State of Mississippi.

According to court documents, Allen Russell pled guilty in 2004 to two burglary charges and served just over 8 ½ years as a result. When he was caught in 2017 with 43 grams of cannabis, Russell was charged as a habitual offender, triggering the mandatory life sentence without the possibility of parole.

"This case, quite frankly, really affected a lot of attorneys at the INCBA," said Mabugat, who took on the project pro bono. "It shocked every single attorney of conscience within the INCBA, and they were passionate about trying to help right that wrong."

A 2014 Mississippi state law retroactively redesignated Russell's burglary offenses as violent, even though they weren't considered as such when he accepted the guilty plea a decade earlier according to Mabugat.

The INCBA amicus brief noted that Russell's case was part of the organization's project to support "the development of Eighth Amendment jurisprudence in a manner consistent with our society's evolving attitudes toward cannabis, and in opposition to unduly harsh sentencing practices which only serve to perpetuate the failed war on drugs."

Mabugat added, "With all the legalization movements going on across the country, it was a real gut check to us that in certain states, the reality is that the war on drugs is very much still raging on.” 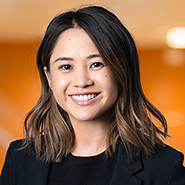