News & Events
HomeInsightsNetflix and ... filled: Streamers are gobbling up remaining space in LA, but how much is left to go around?
PRINT
SHARE

Netflix and ... filled: Streamers are gobbling up remaining space in LA, but how much is left to go around?

The streaming wars’ latest skirmish came in October when Apple announced it would produce the World War II series “Masters of the Air” in-house at the company’s Apple  TV+ studio in Culver City.

Hollywood saw the news as proof that Apple is joining Netflix and Amazon Studios as streaming’s biggest threats to film studios, and that it would be foolish to bet against Apple, what with its $1 trillion-plus valuation.

General patterns can be pieced together, in terms of what Tevenan, Warren and other streamer decision-makers look for.

“Streamers and tech companies, in general, prefer to invest in their core business,” said Craig Coan, a real estate attorney at Greenberg Glusker. “L.A. real estate is very expensive to buy, and I think you would rather invest capital in creating content than real estate.” 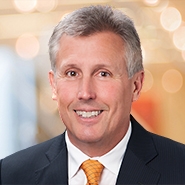