Nuns Intensify Fight Over Sale of Convent to Katy Perry

LOS ANGELES — Poverty, chastity, obedience — and they are still barring the door to Katy Perry.

In a pair of legal filings on Friday, two nuns who object to Ms. Perry’s proposed purchase of their order’s convent on eight acres here disclosed an email describing any sale to the saucy pop singer as a breach of their sacred vows.

“In selling to Katy Perry, we feel we are being forced to violate our canonical vows to the Catholic Church,” Sister Catherine Rose Holzman wrote to an official of the Archdiocese of Los Angeles on May 22, as competing deals for the property, valued at about $15 million, were being considered.

Whether the Los Feliz-area Mediterranean villa and acreage go to Ms. Perry or to her rival, the developer Dana Hollister, may depend on a decision by Judge Robert H. O’Brien of Superior Court in Los Angeles County. Judge O’Brien is expected to consider arguments in a case filed against Ms. Hollister by José H. Gomez, the Roman Catholic archbishop of Los Angeles, at a hearing on July 30. 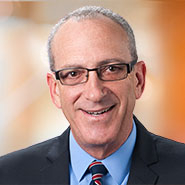