In the lawsuit, plaintiff, a former co-star of the program, alleged that Scripps defamed him by airing false statements about him made by the program’s star, Alison Victoria. Greenberg Glusker filed a motion to strike the complaint under California’s anti-SLAPP statute on behalf of Scripps, arguing that plaintiff had not established actual malice because he had not shown that Scripps entertained serious doubts about the truth of the statements and, to the contrary, that Scripps understood from many sources that they were true. After a hearing in which Aaron Moss argued on behalf of Scripps, the Court granted the motion, entitling Scripps to seek recovery of its legal fees.

The team was led by Litigation Chair Aaron Moss and Partner Steve Stein, with assistance from Partner Ricardo Cestero and Associate Vera Serova. 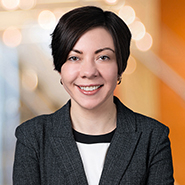